Jim is a US citizen who spent most of his childhood and early career living abroad in Japan, Australia, the United Kingdom, Belgium and Brazil. With this international orientation, he built his career in corporate finance and is now a senior investment banker at Westbury Group, advising on strategic transactions by emerging companies on the front line of innovation.

Jim is married to Havilande, an interior designer, and they have three grown children: an entrepreneur, an investment banker in renewable energy and an urban planner, sharing thoughts about economics and a greener future in family gatherings.

Jim grew up outside the United States because of his father’s career; his pre-teen and teenage years were spent in England. He went through the British school system before returning to the US to attend university, where he studied history and developed a strong interest in international relations and economics.

He later added an MBA degree in preparation for an investment banking career.

After university, Jim joined the International Department of Chase Manhattan Bank, first in New York and then for a year in Sao Paulo, Brazil as a corporate banker to large US, European and Brazilian corporations.

Following a couple of years off to get his MBA degree, Jim went to Wall Street to join a firm that merged with Lehman Brothers. He worked on many M&A, equity and debt transactions for industrial companies and leading banks which gave Jim a broad-based corporate finance expertise and deep market knowledge.

Jim then moved with his family to London for seven years to work for Lehman Brothers International. Jim advised clients on assignments that included a follow-on privatization equity offering for British Petroleum Corporation, privatization planning for Credit Lyonnais, Euro and Yankee bond offerings and the Geneva IPO of private bank Safra Republic Holdings. Jim then directed client coverage of the European consumer products sector that included a privatization assignment in Hungary, equity and debt capital markets transactions for Grand Metropolitan and Guinness (now merged as Diageo plc) and Allied-Domecq’s acquisition of Dunkin’ Donuts.

He returned to New York City to join Chemical Securities, now part of JP Morgan, focusing on emerging markets. He advised on a bank merger in Mexico and on the acquisition of a large interest in Brazilian TV company Tevecap S.A. by The Hearst Corporation and Capital Cities/ABC.

Jim then left big bank investment banking and moved to the boutique M&A world. He joined The Chart Group, an M&A advisory firm, in 2005 where he led similar cross border deals including the acquisition by the UK’s Tetley Group (Tata Global Beverages) of an herbal tea company in California. He also advised on the sale of a company in Newfoundland, Canada, where he got very cold and finally developed an appreciation for curling.

After too many years riding the train daily into Manhattan, in 2015 Jim finally joined Westbury Group LLC in Westport, Connecticut, cutting his commuting time by at least an hour each way.

Jim is now enjoying his career as much as ever. Westbury’s emerging growth client base is typically at the leading edge of innovation in many parts of the US and global economy, from digital retailing and medical cannabis to renewable energy, electric vehicles and life sciences – and beyond. Westbury’s boutique investment banking model promotes collegiality and, through its membership of ICFG, it exercises the global reach of much bigger firms.

As an M&A and capital raising expert, Jim has a strong knowledge of the food & beverage and consumer products industries.

In Jim’s view, a global and experienced network is critical to the effective execution of international M&A transactions. Lower and middle market businesses account for a majority of cross-border transactions in the United States and typically attract worldwide acquiror interest. It is essential for advisors to demonstrate they can access buyers and sellers around the world and articulate the strategic rationale for a transaction in the global context. With his cross-border experience and ICFG membership, Jim can mobilize a powerful network of bankers around the world.

Jim loves sailing which he enjoys with his family on Long Island Sound and, from time-to-time, in the Caribbean.

Beyond sailing, Jim is involved in some non-financial dimensions of international relations. He is President of Haitian Educational Initiatives, a non-profit foundation established by his family to fund tuition and feeding for impoverished children in Haiti. He participates in The Iran Project, based in New York, which promotes an objective and bipartisan diplomatic approach to preventing Iran from acquiring a nuclear weapon. He is also a member of the Foreign Policy Association whose mission is to educate US citizens on American foreign policy issues.

Finally, Jim is deeply committed to enjoying good food & beverage products – like French food, and wine, for example – so much so that he’s built a large part of his career around them! 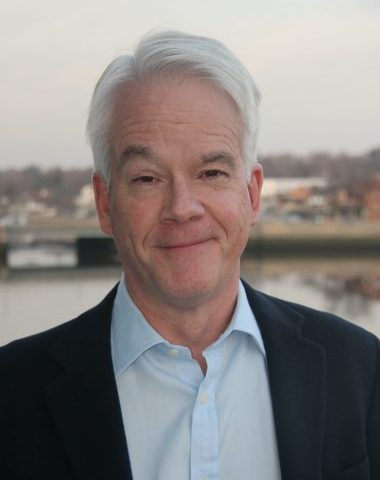